Erotic Ether, Delphine Coindet’s first exhibition at the Galerie Laurent Godin, presents itself most intriguingly. Ether was originally a Greek divinity who personified the sky. By extension, the noun then designated the brightness of the sky and, up until the eighteenth century, the celestial sphere and the hypothetical fluid that was supposed to materialise it. At the risk of adding to the polysemy, one can’t help also thinking of the volatile substance of the same name, at the point when it instantly turns from liquid to gas. A transience which merely increases the charm of this highly psychoactive product. This exhibition instantly evokes brightness, elusiveness, and intoxication.

Those who know Delphine Coindet’s work have experienced sculpture that is both image and material manifestation. Paradoxical and thus indeterminate, sculpture cannot be totally grasped. The history of 20th-century sculpture is often presented along two lines, constructivist or projective; one addressing understanding, the other trapping the spectator’s desire. In this perspective, Delphine Coindet puts us through a most cruel experience. Developing a magnificent play on coloured or halftone surfaces that reflect and absorb, the sculpture progressively traps your gaze and, like mercury, eludes all grasp.

Many works in this exhibition contain particularities that are played out on the surface. The usually-explored textures are here prolonged by straight-edged cuts, perforations, and play on relief. The scar and the buckle (Choco) belong to ornamentation and adornment; in architecture, the latter term designates the sculpture and mouldings that decorate the surface. In coats of arms, adornment is everything outside the shield (crest, mantle, helm, etc.). Peripheral elements that escape signifying codes. This exhibition was born from particular preparatory work. Delphine Coindet has realised numerous assemblages of various materials and papers, including packaging that has been opened, flattened and damaged (Choco). Alteration and décor at the same time, here the scarification becomes marvellously ambivalent. This major work-on-surface turns out to be sweetly fetishist.

Concerning Happy Angles, a star on the floor on which elements have been casually scattered, the artist gives the image of a tidy-tray, a pell-mell of modest burdens unavoidably bound up in the swift, slapdash gesture. These assemblages often have the apparent simplicity of a collage, whose immediacy nonetheless contrasts with the artist’s production, which she often delegates to different craftsmen. In a corner, Torch proceeds from a simple juxtaposition. Cone and square are superimposed, producing a chain of images ranging from a chimney to a stylised masquerade figure.

Apart from a few rare nuances, the works in this exhibition result in an astonishing frontality on the part of an artist who had accustomed us to work oscillating between sculpture and environment. Like a wide open screen, or rather a theatre, Psyche deploys forms which seem to crack the marble rear of the stage. 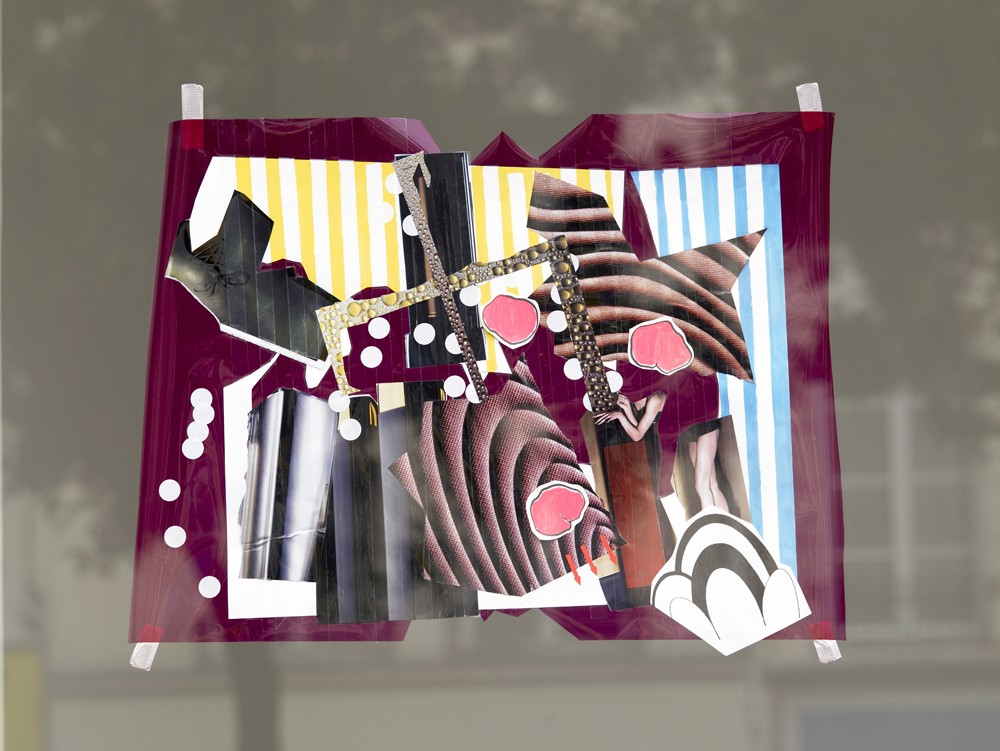 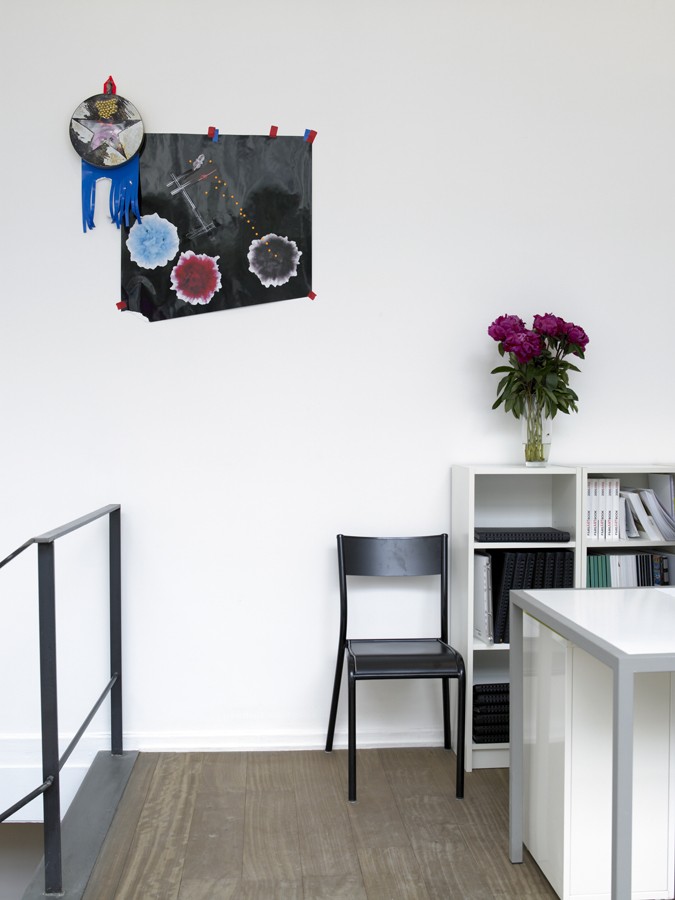 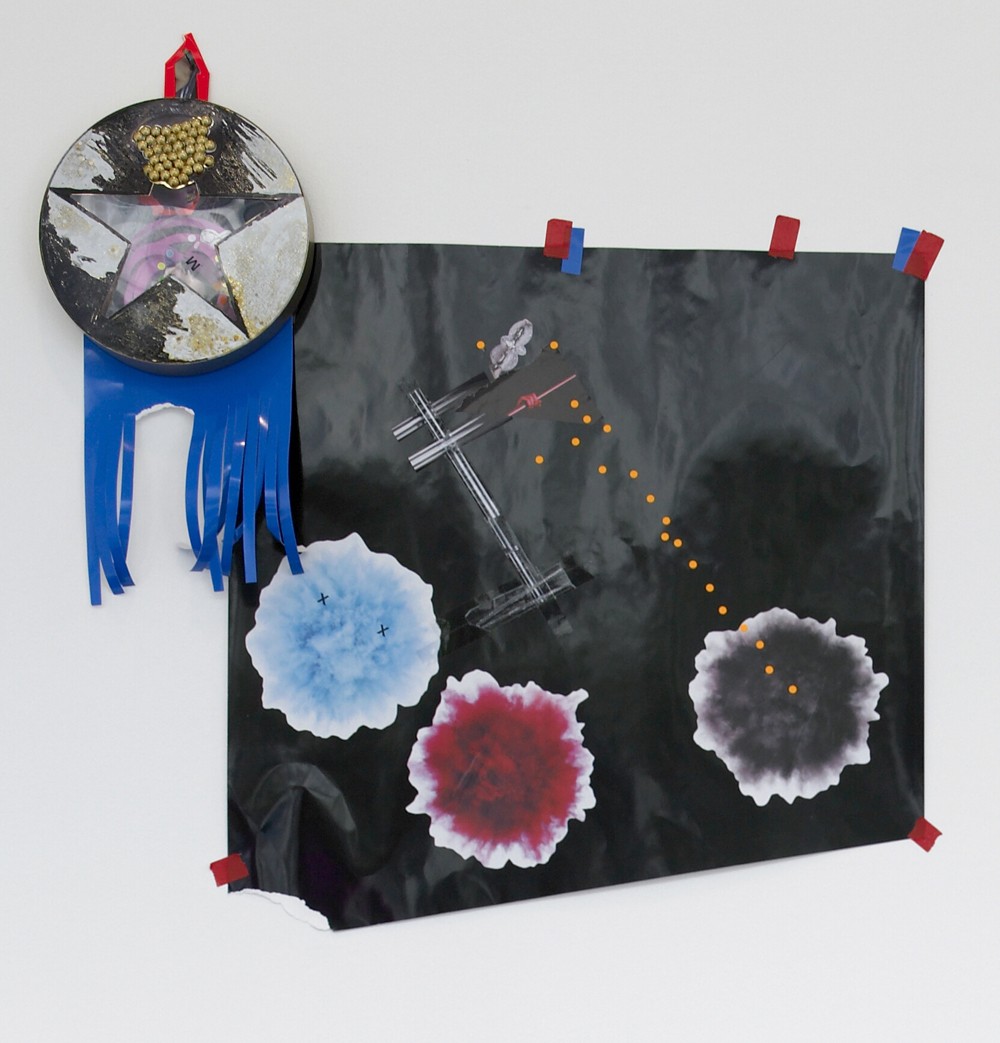 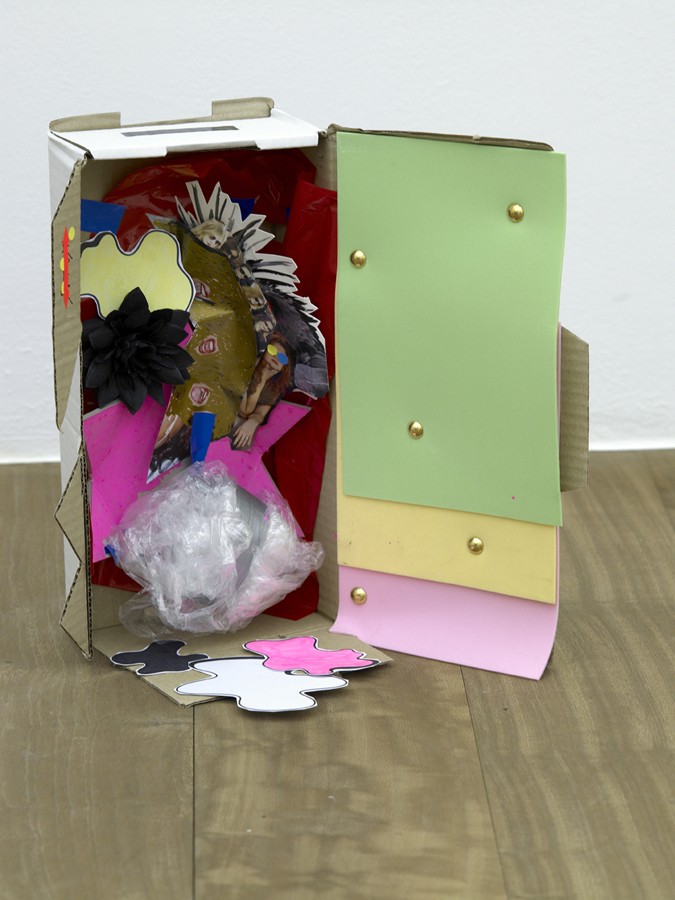 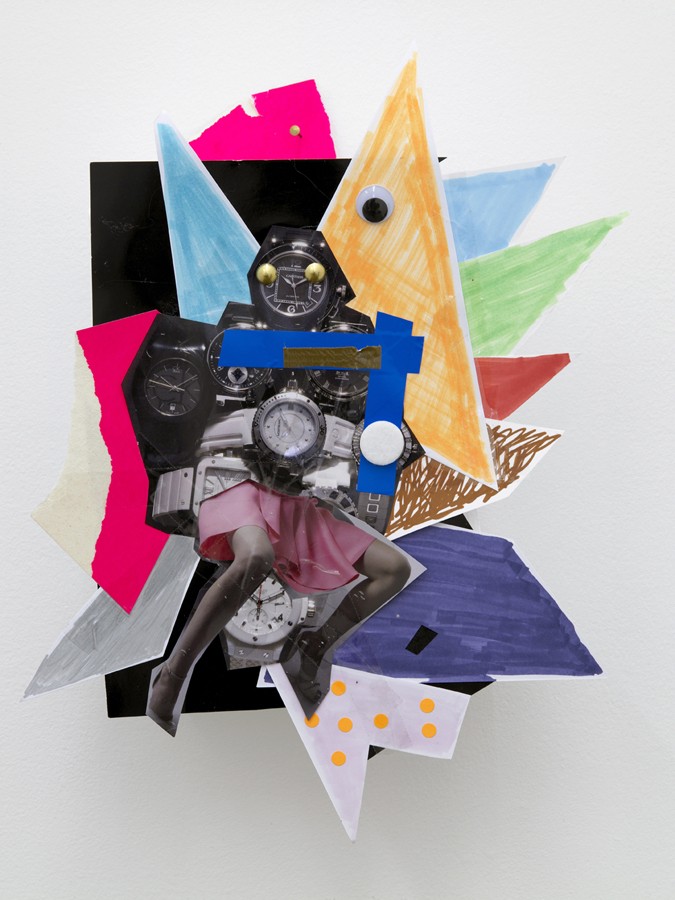 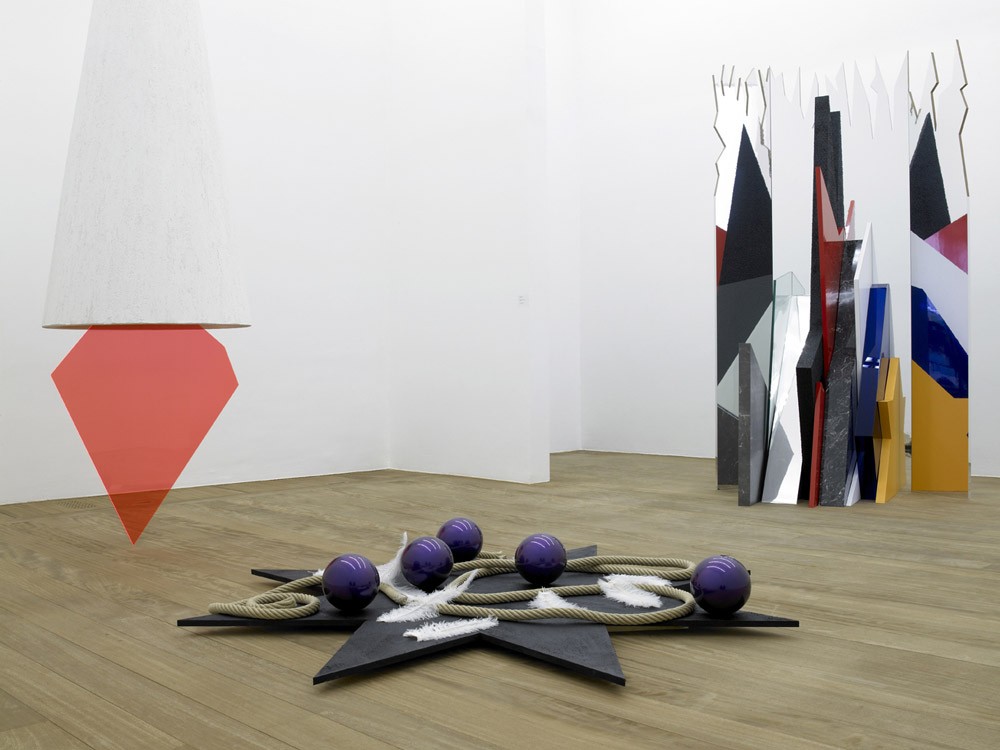 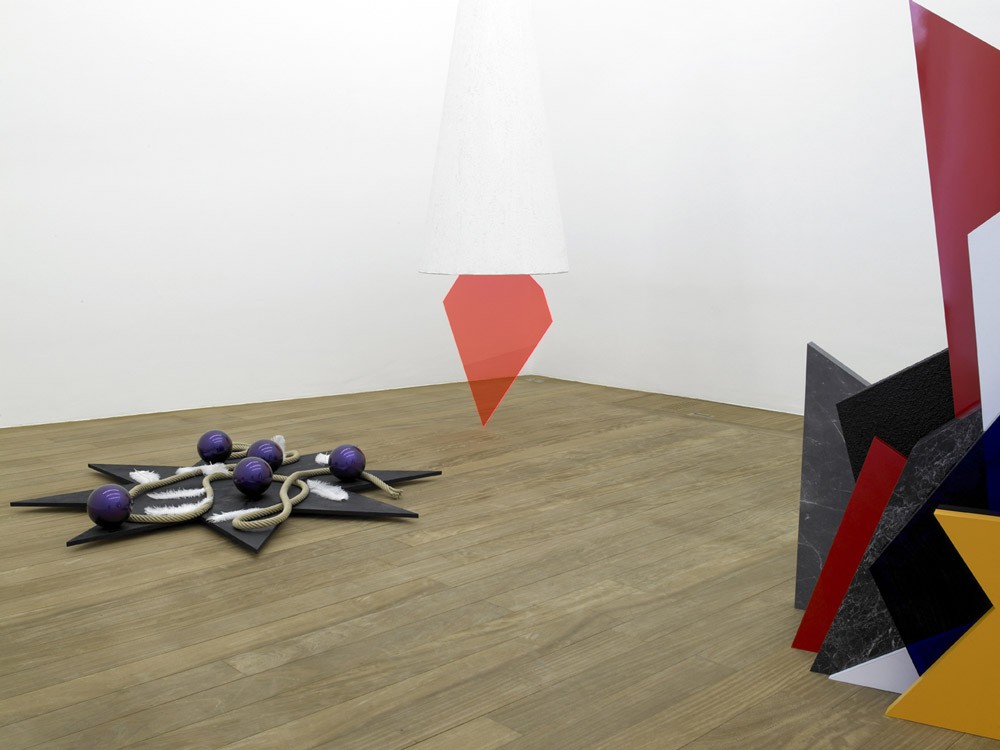 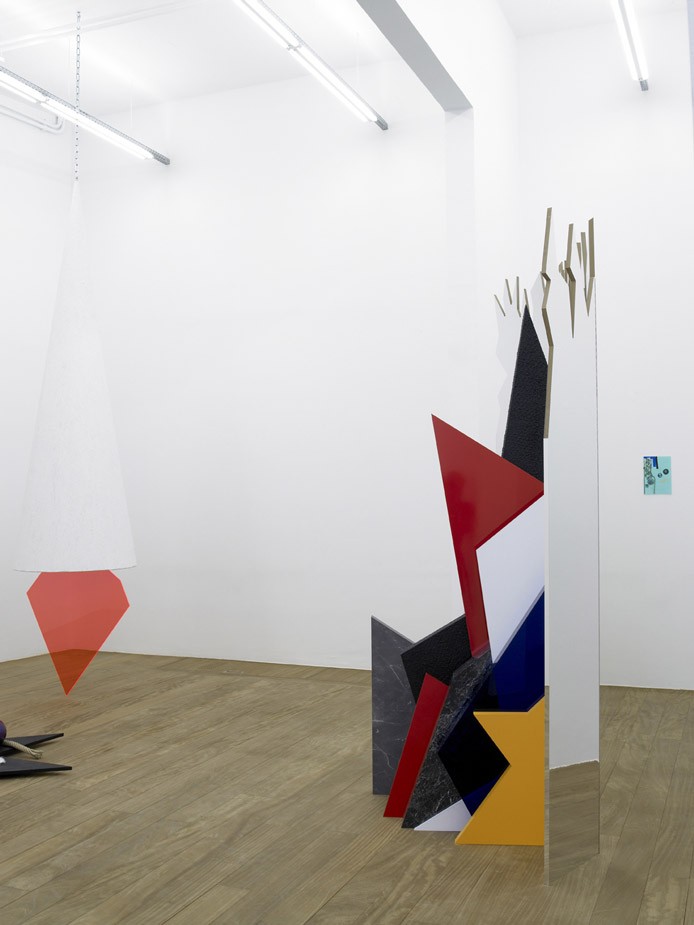 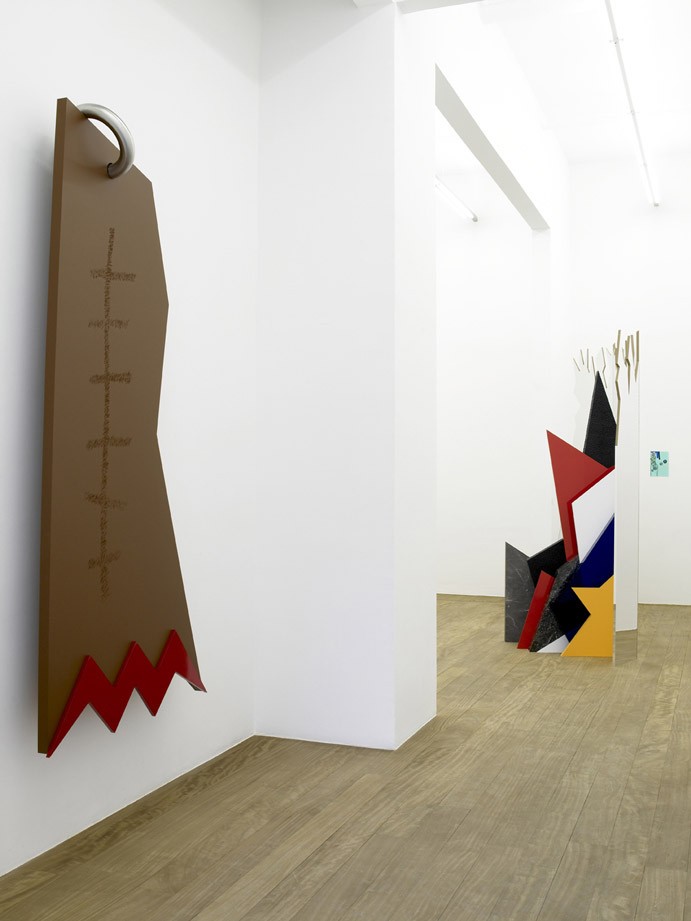 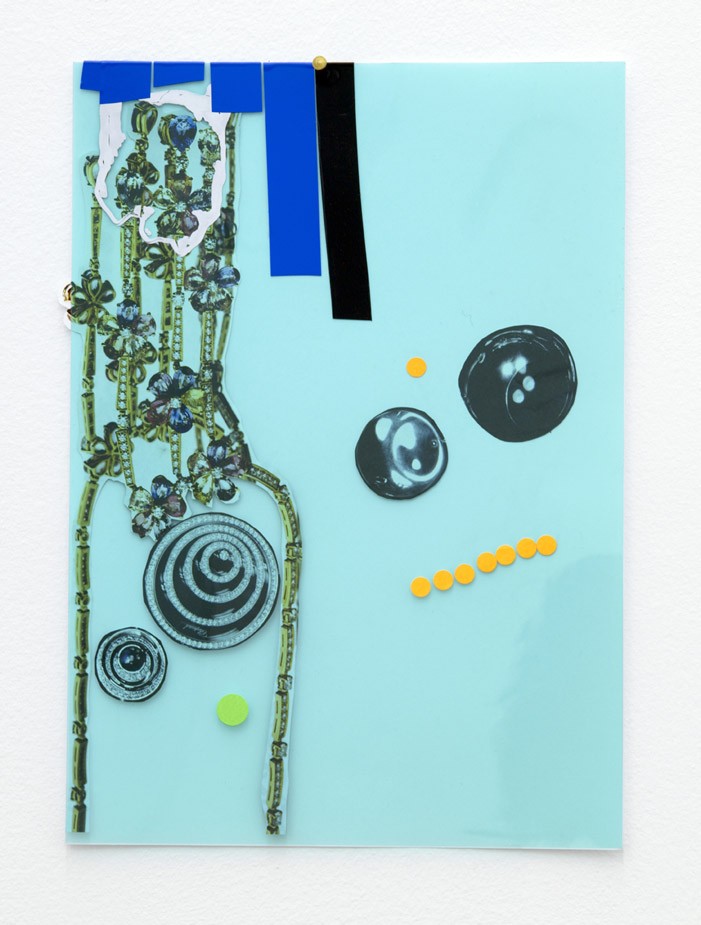